If you own a iPhone X or a later model of the Apple smartphone, you will be happy to know that you can create emojis using the "standard" features of iOS: those that allow you to create Animoji e Memoji. If you have never heard of them, these are animated 3D virtual avatars, usually in the shape of an animal or with human features, which are based on the scan of the face and, therefore, can reproduce the user's facial expressions in real time. They can be customized to your liking. How? I'll explain it to you right away. 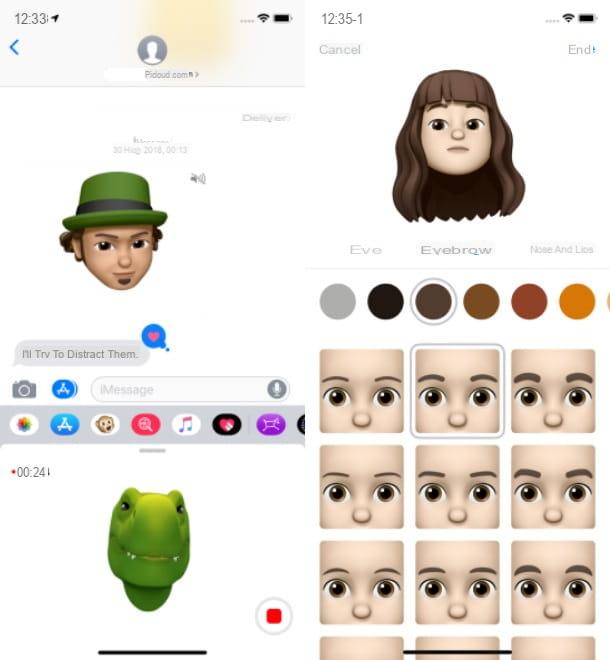 If you wonder how to create emojis on iPhone X taking advantage of the native features related to the creation of Animoji e Memoji, also available on later models of the Apple smartphone, the first thing you need to do is launch the app Messages of iOS, then you have to press onsheet icon with pencil located in the upper right corner, in order to start a new conversation or, alternatively, you have to directly tap on an existing conversation to open it.

At this point, first press onstylized "A" icon, Then monkey icon located in the menu that is shown to you and in this way you will start the tool for creating the Animoji.

Now, all you have to do is choose the emoji you want to use among those shown on the screen and, if you want to record a video in which the avatar traces the expressions on your face, press the button with the round red circle symbol. At the end of the recording, you can send the video in the selected conversation by pressing thearrow icon.


Alternatively, you can make use of the tool Memoji, which allows you to create a 3D avatar with human features, made on the basis of the scan of your face. To do this, press on button (+), then aesthetically personalize the Memoji in order to make it like you. To confirm the changes made, then press the button end.

Once this is done, if you want to record a video with the Memoji created, tap the record button, then follow the instructions I gave you in the previous lines.

If, instead of the native functionality of iPhone X and later, you want to use apps to create emojis made by third parties, read on: in the next chapters, I will recommend several. 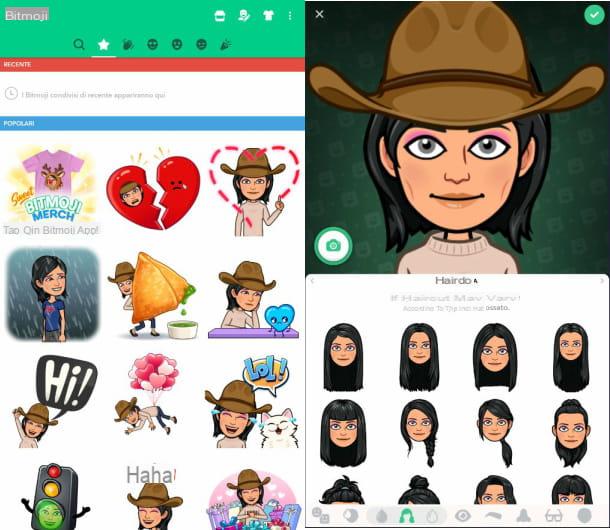 Among the free apps you can avail for create emojis on iPhone X there is Bitmoji, an application that allows you to create custom emojis, even starting from the scan of your face.

To download the app on your iPhone, connected to the iOS App Store, tap the button Get and unlock the download and installation of the latter via the Face ID or password of your iCloud account. At the end of this operation, start Bitmoji by pressing the button apri or by tapping on its icon that you will find added to the home screen.

When the app starts, you need to create an account by pressing the button Register with email and indicating all the data requested of you, including a email address it's a Password.

At this point, to make the emoji you create is accessible via the iOS keyboard, you need to activate the keyboard Bitmoji and grant it full access to the system. Then press the button Open settings, which is shown on the screen, tap on the item Keyboards and move up ON the levers located in correspondence with the items Bitmoji e Allow full access. Finally, confirm the operation by pressing the button Allow.

Now it's time to create the emoji: then tap on the avatar of the ragazzo or of girl, depending on your preferences, then press the button Continue, if you want to use the application's built-in camera to create an emoji based on your face.

If not, press the button Salta and manually customize the avatar in all its aesthetic aspects such as, for example, the color of the hair  complexion, and the eye shape. Once you have finished making changes, click on the icon (), located at the top right.

Once this is done, you can use the emoji created via the keyboard Bitmoji in all the apps of your interest. How? Simply by pressing world map icon. Alternatively, if you have chosen not to activate the keyboard Bitmoji, you can also download and share emojis through the application itself Bitmoji.

In fact, you will find several icons in the bottom bar of the app, which represent the various moods of the virtual avatar. After identifying the emoji of your interest in the latter, you can save or share it by tapping on it and selecting, respectively, the item Save immagine or l 'app or social network icon in which you want to share it, from the menu that opens. 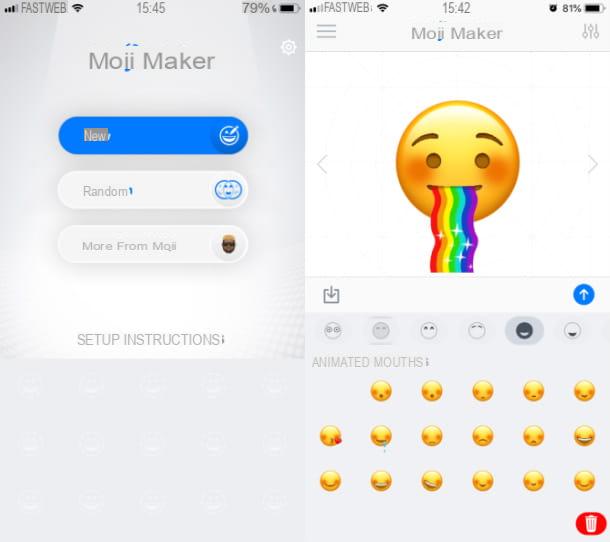 Another free app that you can avail for create emojis on iPhone X è Moji maker, a free application that allows you to create completely customized emojis.

To use it, connected to the iOS App Store, open its tab and press the button Get, then unlock the download and installation of the application via the Face ID or password of your iCloud account. At the end of this operation, start Moji Maker, by tapping the button apri or by pressing on its icon that you will find added to the iPhone home screen.

When the app starts, press the button OK Next three times in a row, then press the"X" icon located at the top left, so you can use the app for free (in its paid version, at a cost of € 9,99 per week, the app can be used unlimitedly and without advertising).

Once the main screen of Moji maker, award-winning New, to start, then aesthetically customize the emoji, using the tools that are shown to you in the center of the screen.

At the end of the changes, press on thearrow icon e fai tap sul pulsating Save Image, to save it in the media gallery of your device, i.e. in the app Gallery of iOS.

Other apps to create emojis on iPhone X 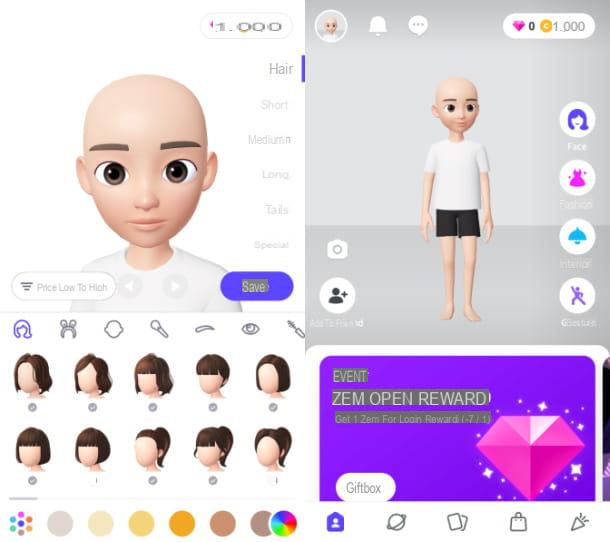 Although you have tried the solutions listed above, would you like some other advice on the apps to use to create emojis on iPhone X and later? If so, check out the other applications listed below - they might come in handy.

add a comment of How to make iPhone X emojis