How to record a Huawei phone call 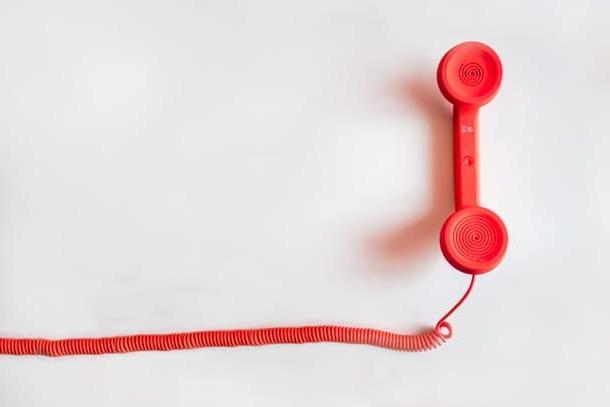 Before explaining to you how to record a phone call on huawei, I must point out that, contrary to what one might think, recording a conversation without the interlocutor's knowledge is not a crime and not even a violation of privacy. However, the dissemination of the conversation to third parties (such as disclosure on the Internet) is prohibited by law, unless it is a matter of asserting one's own right.

Having said that, in the course of the next chapters of this guide of mine, I will explain how to succeed in the intent you have proposed, through the use of free apps that can be installed and used on your Huawei smartphone, without the need for permissions. root for their proper functioning. 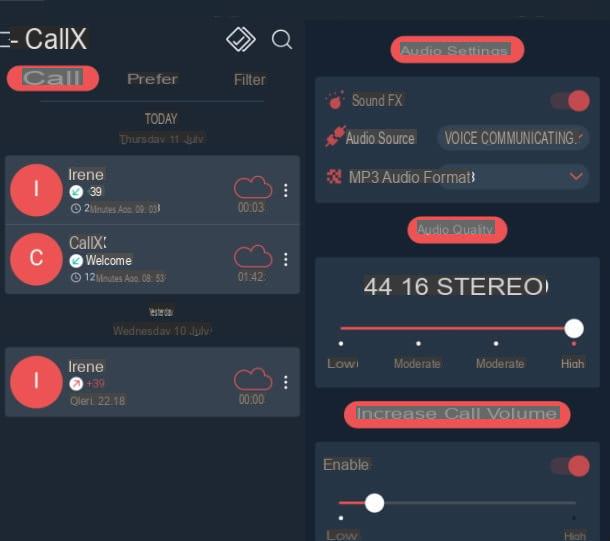 Among the Android apps that I recommend you use to record phone calls, there is certainly Free automatic call recorder, a free application that automatically records both incoming and outgoing calls. It is also available in one version Premium which, at a cost of € 2,89, allows automatic synchronization of recordings with Google Drive e dropbox, as well as remove advertisements.

To use it, locate the app card in the Android Play Store, then press the button Install, to download it to your device. At the end of the download and automatic installation, tap the button apri or press the app icon that you will find added to the home screen of your smartphone.

When starting Free Automatic Call Recorder, put the check mark next to the privacy items and press the button Continue. Once this is done, click on the button Granting permissions and consent to all the requests that are shown to you, relating to the permissions needed for the proper functioning of the app.


The application, as already mentioned, will automatically record incoming and outgoing calls, saving the recordings on the screen Call. To listen to a recorded call, then tap it: the audio will be played through an integrated media player.

In case you want to adjust the settings, tap the ☰ button, located at the top left and, in the menu that is shown to you, press on the item Automatic registration.

Using this screen, you can then adjust the audio settings by choosing, for example, the format Audio (Mp3 or WAV) and, in case of problems with registration, increase the call volume using the appropriate lever. Convenient, right? 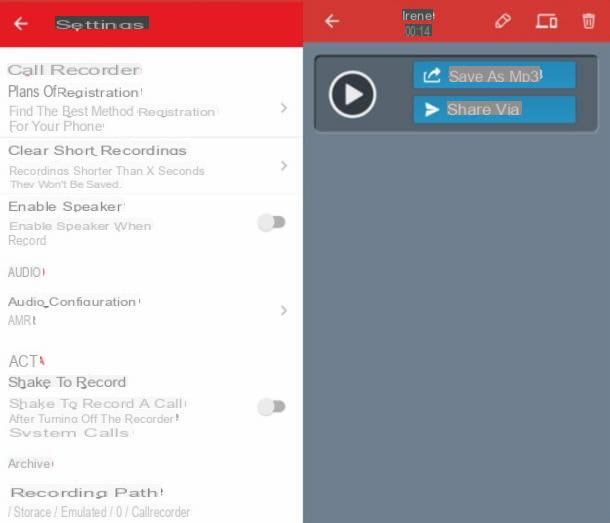 Another free app you can refer to to record phone calls on Huawei is Call recorder, which offers an automatic recording function of both incoming and outgoing calls and can be downloaded for free from the Play Store.

Having said that, once you have located the app tab within the Android virtual store, press the button Install, to download and install it on your smartphone. At the end of this operation, start the application by pressing the button apri present in the Play Store or by tapping on its icon that you will find added to the home screen of your smartphone.

When Call Recorder starts, press the button OK and you agree to all the requests that are made to you, relating to the acceptance of the permissions necessary for the functioning of the app.

Having said that, all you have to do is start the call you want to record, or wait to receive it: the application will automatically record the audio of the same. The recorded conversation will then be visible on the main Call Recorder screen.

To listen to a recorded call, you will therefore have to press on the name of the same and on the ▶ ︎ button: the audio will be played in an integrated player. If, on the other hand, you want to save the call as an MP3 file, click on the button Save as MP3 visible on the screen, choose the folder in which to export it and press the button OK. Alternatively, click on the button Share away, to share the recording in another app (eg. WhatsApp).

Another good app you can use to record a phone call on your Huawei smartphone is Call Recorder, which automatically records both incoming and outgoing calls. Call Recorder also features a Pro version that, at a minimum cost of € 0,99 per month, remove advertisements.

That said, to take advantage of this app, locate its card in the Play Store and press the button Install, in order to download it on your device. At the end of the download and installation, start the application by pressing the button apri or on its icon, which you will find added to the Android home screen.

Once this is done, the incoming and outgoing calls will be recorded automatically and will be visible in the respective sections of the app: Incoming calls e Outgoing calls. After recording a phone call, you can then listen to it via the integrated media player, selecting it and then tapping the ▶ ︎ button.

If you want to adjust the application settings, click on the button ☰ located in the upper left corner and presses on the item Settings In the menu that comes mostrato.

In this section of the app, you can customize the recording format, choosing for example between MP3 o WAV (Audio configuration). In addition, you can apply some filters, so that some phone numbers are excluded from automatic registration (Numbers excluded). Interesting, isn't it?

Other apps to record a Huawei phone call

The apps I told you about in the previous chapters are just some of those that allow you to record calls on Android, but there are also many others. A few examples? I'll settle you immediately.

How to record a Huawei phone call

add a comment of How to record a Huawei phone call