How to make a smartphone projector

How to build a smartphone projector

Let's see right away how to build a smartphone projector: first I will show you what is necessary to succeed in the operation, then I will list the steps to follow to complete the job quickly and easily. 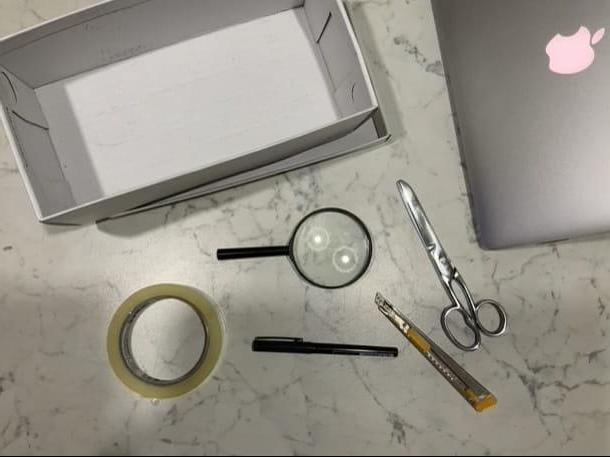 Get thenecessary is the first operation you need to do. Here, then, is everything you need to build your own handcrafted smartphone projector.

Where can you find the products mentioned in the previous lines? Both in the shops of your city (hardware stores, gift shops, etc.), and in online stores, such as Amazon. 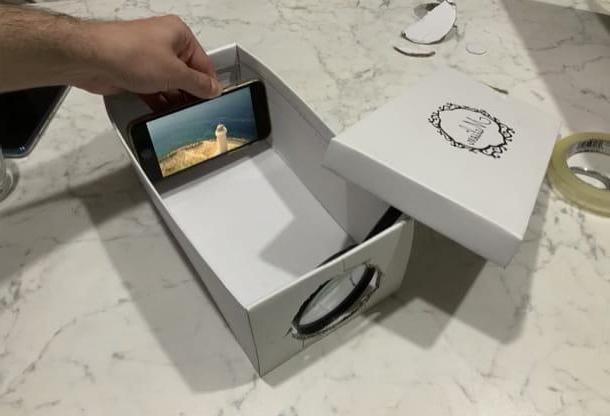 Now that you've got everything you need, you can finally "get your hands dirty" and make the projector. Follow the steps listed below and you will see that you will be able to get the job done without too much difficulty.

The first thing I recommend you do is saw off the handle of the magnifier, so as to proceed more easily in the subsequent phases and obtain a "cleaner" job. So take the hacksaw you got and, after placing the lens on a flat surface, cut its handle being very careful not to hurt yourself.

Once this is done, place the magnifying glass on one of the two short sides of the box and, using a felt tip pen, trace the perimeter of the lens on the box. Subsequently, making use of the scissors and / or the cutter, take care of cut out the perimeter you drew trying to be as precise as possible and, above all, being very careful not to hurt yourself. 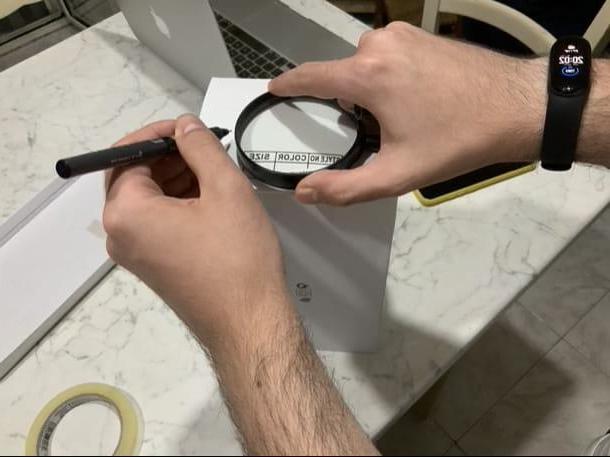 In this way, you will be able to create the opening that will allow the magnifying glass to project the video being played on the smartphone screen.

The next step is the fix the lens at the opening created just now. To do this, place the cardboard box with the opening facing down, place the lens on it and, using the hot glue, fix it trying to be as precise and quick as possible.

At this point, try closing the box with its lid. Most likely, this will partially cover the magnifying glass. Remove, therefore, the excess part tracing the perimeter of the lens and cutting the part of the box that obstructs the view (in essence, you have to perform an operation similar to the one done just now for the base of the box). 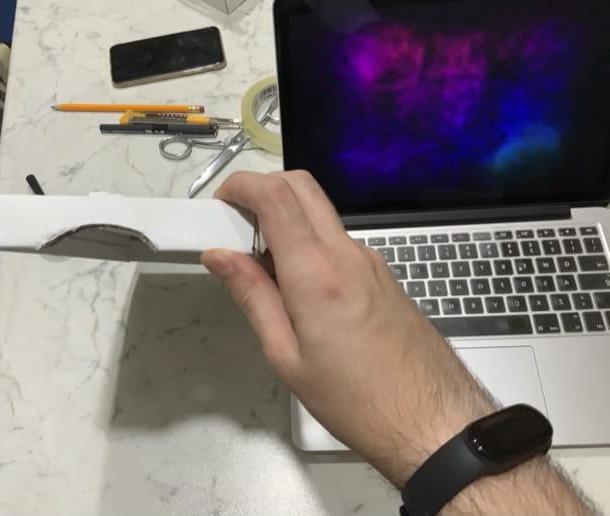 Now the time has come create the support that will support the smartphone. To do this, take the hard cardboard you got yourself (if you don't have one, you can glue several pieces of corrugated cardboard together) and make sure it is of same length as the short side of the box: if not, please provide cut off the excess.

Subsequently, take another piece of hard construction paper which has the same length as the one used previously e paste it on it (more or less in the center of the base): by doing so, the first card will act as a base; the second from the stand. If the height of the cardboard used as a stand exceeds the height of the box, cut the excess part in this case as well.

Then take the old cover that you got yourself, apply on it some strips of double-sided tape and attach the latter to the piece of cardboard to be used as a stand. I advise you to perform this operation with the smartphone housed inside the cover itself, so as to make the operation easier.

Having done that, maximizes the brightness of the screen (if you don't know how to do it, you can read my guide on the subject), starts playing a video and place the smartphone inside the box (i.e. the projector). 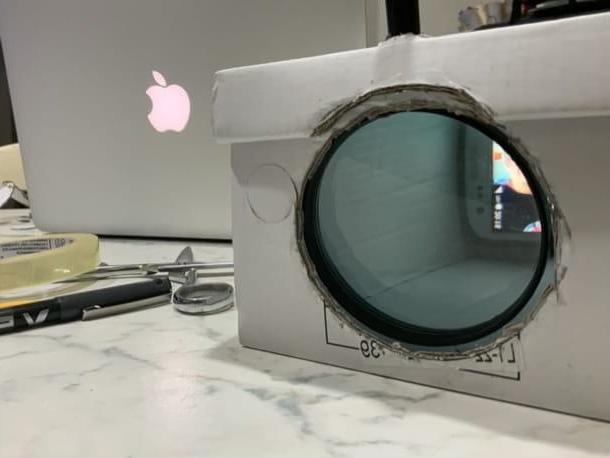 Finally, place the projector in the desired point and move the smartphone away and closer to the lens inserted inside it several times: this will allow you to find the right focus point. Once you have found it, leave your cell phone placed there, close the box with the lid and enjoy watching the movie!

Although, for obvious reasons, the image quality will be far from excellent, you can try to improve the visibility of the video by projecting it on a white wall or white cloth. Of course, also make sure that the room you are in is dark (otherwise you won't see anything!). 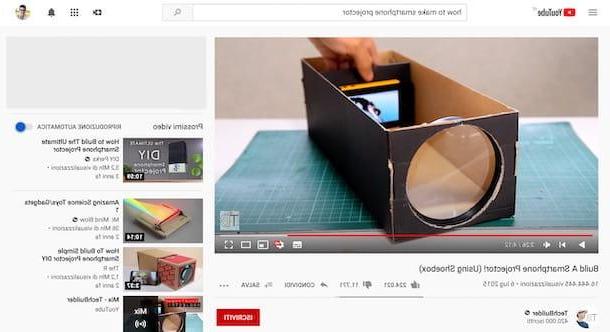 Did you find it difficult to follow some of the steps indicated in the guide and do you think that watching a video tutorial can somehow clarify your ideas? I understand… if a picture is worth a thousand words, let alone a video!

In this regard, you can search YouTube for video tutorials useful for the purpose, perhaps using them as search terms "How to make smartphone projector" or "How to create a smartphone projector". For this guide, for example, I took a cue from the excellent video published on the TechBuilder channel: take a look!

In any case, you can also take inspiration from multiple videos and get an idea of ​​how to proceed to make your very own homemade smartphone projector.

How to make a smartphone projector

add a comment of How to make a smartphone projector