How to make a map in Minecraft 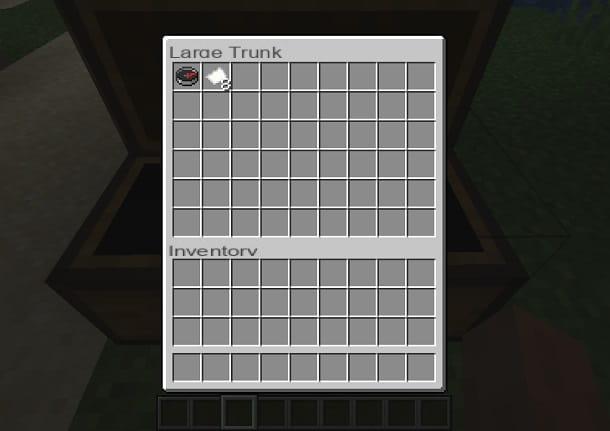 Before I tell you how create a map on Minecraft, I want to show you the materials necessary for the manufacture of the same.

First, you need some paper, Starting from sugar cane. I advise you to carefully read what I have suggested in this guide of mine, to learn the procedures for the manufacture of this resource.

In addition to the card, you need to create one compass. This tool is obtained by joining, in a bank gives lavoro, 4 units of Iron Ingots e 1 unit of Redstone Dust.

When you have all these elements, you just have to start making a map, using the tips you will find in the next chapter.


Create a map in Minecraft

Now that you know the resources to use to create a map, it's time to see together how to make one. I advise you to carefully read the following paragraphs, in which I will explain both how to create one, and how to clone it or expand its exploration range. 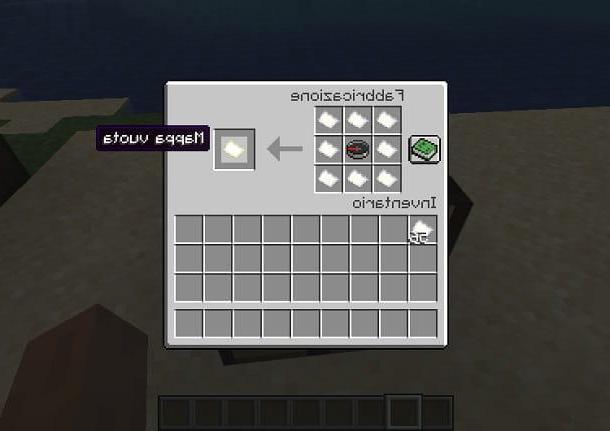 To create a map, go to a bank gives lavoro and make sure you have the resources I indicated in this chapter: you need them a compass e 8 paper units. You must place the compass in the center of the slots and the card units in the rest.

By doing so, an object will be created, called Blank map. By equipping the latter and interacting on it, it will be converted into a new object, called Map. You will then be shown the cartography of what is around you, with a marker representing the position of your avatar. 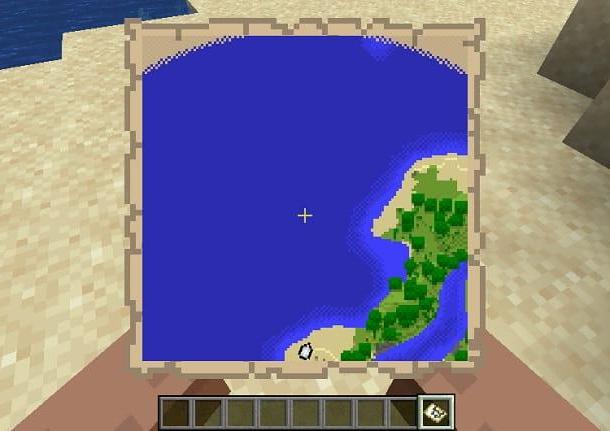 I remind you that after interacting on the empty map, this will only register the dial of the Minecraft world you are in.

This means that, to have a more detailed map of the other sectors, you have to create more maps and use them in other areas, as I have described to you in the previous lines. Alternatively, you can expand the one you already have, using the instructions I will give you in the next chapter. 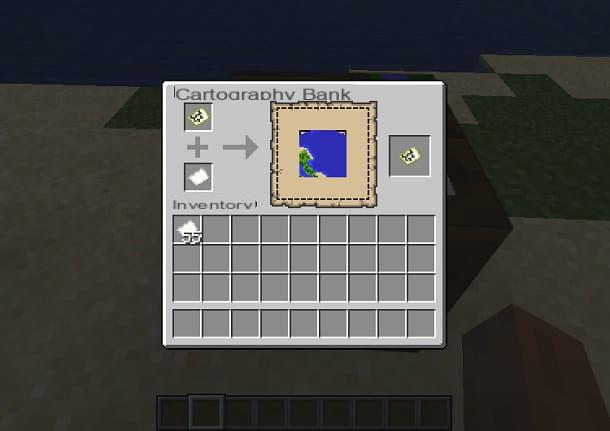 As I already told you in previous chapters, a map represents only a quadrant of the world of Minecraft. To be exact, it shows what the avatar is in when interacting with it.

If you want to extend the range of exploration displayed on the map by extending the quadrants represented, you need to get yourself 8 paper units. What you need to do is, therefore, open a bank of work and place the map in the middle slot, together with the paper, which you will have to insert on all the remaining slots.

By doing so, a new map will be generated on which the same quadrant you previously viewed will be indicated, with the addition of another area to explore. The moment you reach the unexplored quadrant, the area on the map will be unlocked. 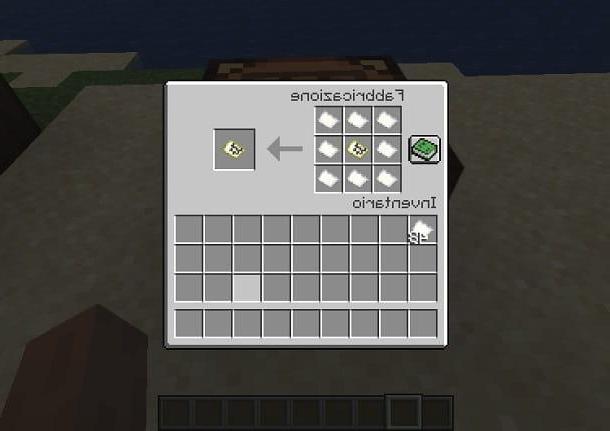 This enlargement process can be repeated up to four times to create a map that represents an increasingly large area around the avatar.

The same procedure described above can also be performed using a cartography bank. Again, you need to get some paper to place in the bottom left slot of the chart stand. It will only serve 1 paper units, unlike what is required by the workbench.

At this point, place the map to be expanded in the upper left slot, to obtain a new extended map in the right slot.

If you need to create multiple copies of the same map, Minecraft allows you to clone the object using the bank gives lavoro or the cartography bank.

Either way, what you need is one Blank map, which you can create using the advice I indicated in this chapter, and the map to duplicate. If you use a cartography bank, insert the empty map in the lower left slot, while the one already drawn in the upper left slot. By doing so, the object will be duplicated, collecting two identical maps from the slot on the right.

If you use a bank gives lavoro, the procedure is similar, but you can create multiple copies in one process. Then place the map into one workbench slot and fill the others with empty maps, based on how many copies you want to create.


Create an adventure map in Minecraft 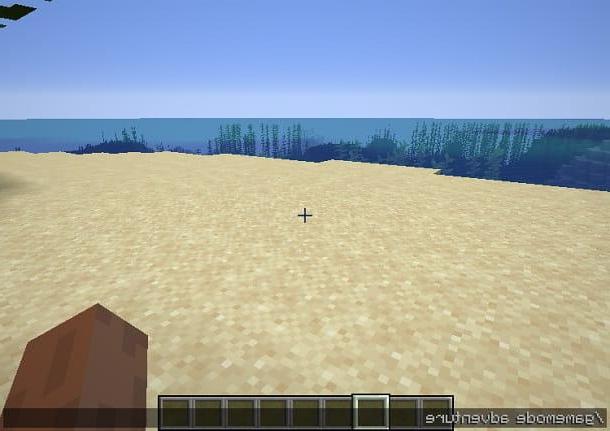 On Minecraft, you can create the adventure map. This is a game mode, accessible via command console, which makes the world of Minecraft indestructible, useful in the case of starting customized multiplayer, in which you do not want to allow any changes.

This mode can be accessed at any time via the command console by pressing the key T on the keyboard and typing the command / gamemode adventure, I follow the pressure of the tasto Submit.

In case you haven't enabled the command console since creating the new game, you can do this from Game menu. What you need to do is press the button Esc and then the button Open in LAN. In the screen that is shown to you, then click on the item commands, in order to display the wording Yes.

At this point, press the button Start the world on LAN And that's it. From this moment on, you can enter the command I indicated to you in the previous lines to change the game mode to Adventure.

To return to the previous mode, use the command / gamemode survival, for the mode Survival, or / gamemode creative, For that Creative.

How to make a map in Minecraft

add a comment of How to make a map in Minecraft