How to Record on Xbox One

Who I am
Pau Monfort
@paumonfort 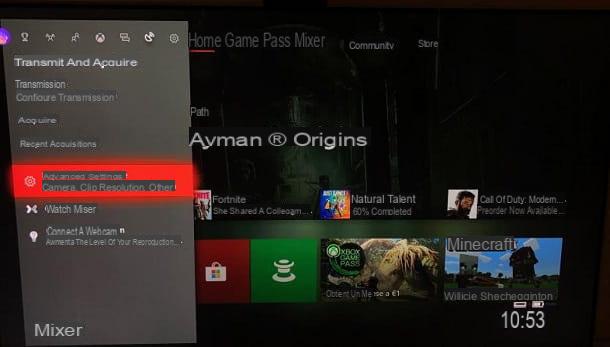 Before explaining in detail how to record on xbox one, I have to tell you about some preliminary operations that can be done through the console settings menu, in order to adjust the quality and duration of the recordings.

That said, to proceed, press the button Xbox on the controller (after turning on the console) and, in the side menu that is shown to you, press on the items Broadcast and acquire (the transmission icon) is Advanced Settings.

Once this is done, in the next menu that is shown to you, make sure that the item is selected Allow game clips, then refer to the menu Record this duration, to customize the length of the movie (minimum 15 seconds, maximum 5 minutes), which you will then record following the instructions I will give you in the next chapter. 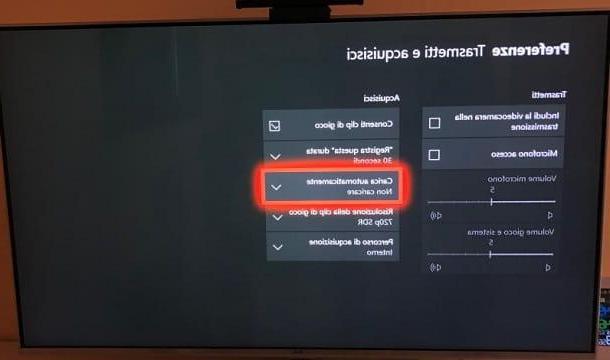 Also, if you want to extend the duration of the videos you record, please refer to the drop-down menu Acquisition path selecting the recording on external hard disk, to ensure that the recording has a maximum duration of 1 hours.

In the latter case, the external hard drive to be connected to the console must have been previously formatted in NTFS and must have one port USB 3.0 (or later).

Alternatively, by selecting the menu item Internal, the recording of game movies will be saved in the internal memory of the console and can last up to 10 minutes.

Finally, don't forget to change the resolution of the videos to be recorded: click on the drop-down menu Game clip resolution and choose whether to set the resolution to 1080p SDR and 720p SDR.


Record clips on Xbox One 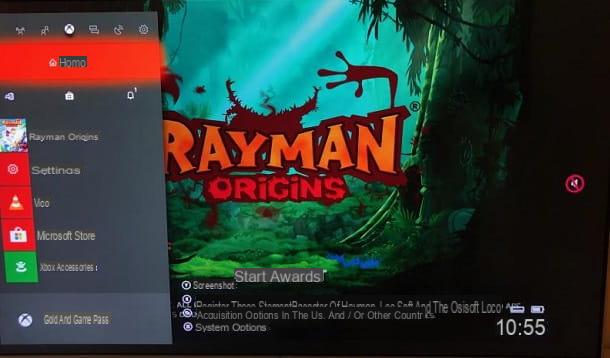 Let's now move on to the practical part of this tutorial. In the following lines, I will explain, step by step, how to record a clip on Xbox One.

Having said that, to start, start the game of your interest and, when you are ready to record, press the button Xbox on the controller to open the Panel of the console.

Now, in the menu that is shown to you, click on the button X (Register this item) to record a video that will include everything that happened in the minutes or seconds prior to recording (depending on the settings you have adjusted).

Don't forget that you can change the length of your recording at any time, even while in the game. To do this, call up the Panel Xbox, select thetransmission icon to access the menu Broadcast and acquire and then press on the item Advanced Settings. Please refer to the wording Record this duration, as explained in the previous chapter.

Alternatively, you can individually vary the recording duration of the movies you record by opening the Panel di Xboxby pressing on button with the symbol of the two squares (Acquisition options), then on Acquire event and indicating the duration of the clip to be recorded, from a minimum of 15 seconds (last 15 seconds) to a maximum of 5 minutes (last 5 minutes). 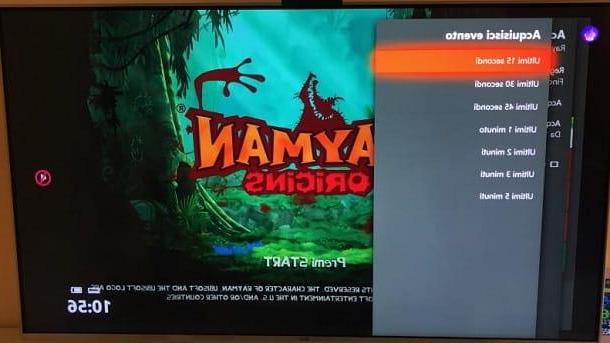 Recorded videos are visible at any time: if you have saved them in the console's memory, press the key Xbox of the controller, to open the Panel on the console, then press ontransmission icon, to reach the menu Broadcast and acquire and finally select the item Recent acquisitions, to see the list of recorded clips.

Record gameplay on Xbox One 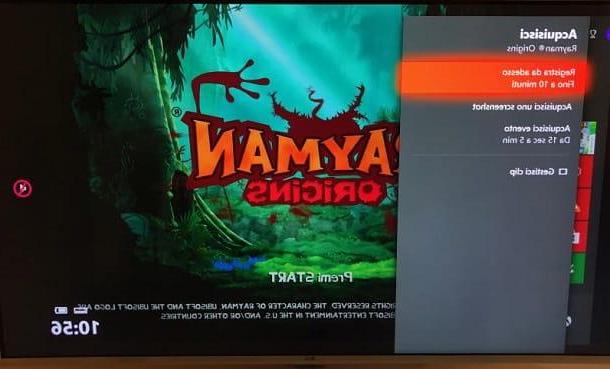 You wonder how to record gameplay on Xbox One, as you would like to record a real gameplay footage, rather than just a clip showing the last few minutes or seconds of action? If so, you'll be happy to know I'm just going to tell you how.

That said, to record gameplay on Xbox One, press the button Xbox on the pad while in game and select the voice Acquisition options from the Console Panel, by pressing thetwo squares icon located on the controller.

At any time, to view the recorded videos, you can press the button Xbox (in order to open the Panel), select thetransmission icon to access the menu Broadcast and acquire and finally, press on the item Recent acquisitions, so you can see the movie list.


Record screen on Xbox One 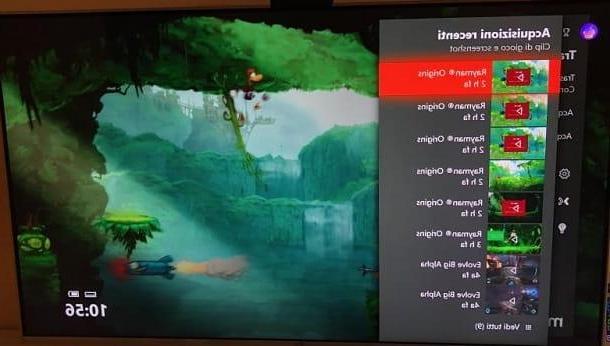 If your intent is to record the screen of the console Xbox One while you are in the game, all you have to do is follow the instructions I gave you in the previous chapters, to record a clip or a real gameplay.

Alternatively, if you are interested in recording the screen intended as the possibility of taking a snapshot, you can take a screenshot of the same.

To carry out this operation, therefore, press the key Xbox of the controller when in game and then press the button Y of the pad, to take a screenshot.

The screenshot taken will be visible at any time in the menu of Recent acquisitions. To access it, press the key Xbox of the pad and, using the Panel, go to the section Broadcast and acquire (the transmission icon).


Record TV on Xbox One 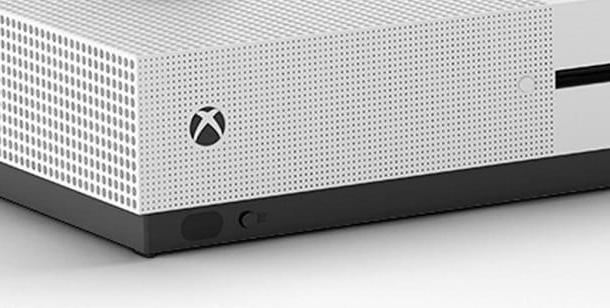 Many people are wondering if it is possible record TV on Xbox One. In that case, if you have also asked yourself the same question, you must know that Microsoft has, for the moment, paused the development of a native functionality that would have allowed this operation to be carried out.

That said, it is still possible to succeed by making use of external devices, such as for example what I indicate below.

To record TV on Xbox One it is therefore necessary to use devices equipped with tuners DVB-T / T2 which, once connected and configured on the Microsoft home console, allow viewing and recording of free-to-air digital terrestrial TV channels, through a special application.

In addition to what I have indicated to you, there are also other similar devices: having said that, in case you decide to buy one, always check the compatibility with the Microsoft home console on the official website of the manufacturer.

How to Record on Xbox One

add a comment of How to Record on Xbox One